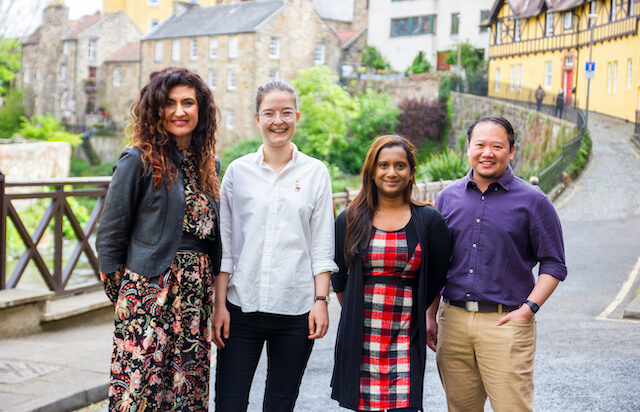 As awareness of the trans community has grown and more people have become open to the idea of exploring their own gender identity, demand for gender services has increased dramatically. In response, we are delighted to announce that we have expanded our Gender Clinic by welcoming two new trainee Gender Specialists to the team.

Thanks to these new additions, we have increased the number of clinic sessions and are now able to offer gender consultations within as little as just two weeks.

This relatively short waiting time is in stark contrast the current NHS waiting list. It was recently reported that transgender and gender-diverse people are having to wait up to five years for their first NHS gender clinic appointment. The reasons being the increased demand for the services, as well as the substantial knock-on effects of the pandemic.

Speaking about the increased awareness of gender identity issues, Dr Sandra Vracar comments; “People are becoming more aware of the trans community and are more open to exploring their own orientation and gender identity, which is wonderful to see. I often overhear local high school students discussing LGBTQIA issues, which definitely wasn’t the case when I was in school! As such, there is now far greater demand for the service.”

However, the increased demand and resulting longer waiting times can have a hugely negative effect on individuals, as Dr Chin Chong explains; “A lot of my patients say that the wait has been hard on their wellbeing and mental health. Putting their transition on hold can have a detrimental effect on their relationships, their work, and their ability to live a happy and fulfilling life.”

Dr Pramya Mahendra expands on the risks associated with the long waiting times saying; “As well as the negative impact on mental health, we have also witnessed an increase in people resorting to DIY hormones which could be potentially dangerous without proper medical support and monitoring.”

All clinical staff at YourGP follow the ‘Standards of Care’ set by The World Professional Association for Transgender Health (WPATH). Patients are seen by UK based GPs and are all referred for a second opinion with either a psychiatrist or a psychologist. YourGP has been working alongside the NHS for many years, providing shared care for a number of transgender patients in addition to providing second opinion assessments.

For anyone currently experiencing discrimination, or indeed any issues relating to their gender identity, Dr Melanie Grundy advises; “Talk openly and honestly with trusted friends and family, where that is possible. Use online or in-person support groups if that feels comfortable for you, or seek support through third sector organisations such as Stonewall, Transgender Alliance or Intercom, or LGBTQ+ groups at colleges or universities. The Gender Team here at YourGP are ready to offer you the professional help and support you need, all within a welcoming and understanding environment.”

To book an appointment at the YourGP Gender Clinic, head to www.your-gp.com, call 0131 225 5656, or email genderclinic@your.gp.