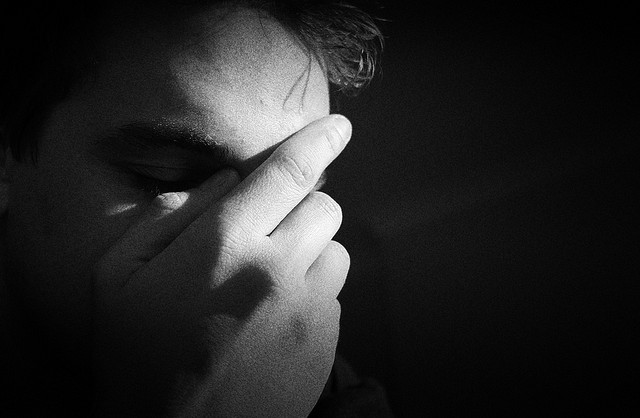 As the Movember website explains, mental health problems in men can often go undetected or untreated because men are often too embarrassed to admit that they are upset, worried or afraid.

In 2011, 6045 people in the UK died of suicide. Over three quarters of those suicides were men.

This year, the Movember campaign aims to ensure that men and boys are mentally healthy, and that when they do experience mental health problems, they take action early.

YourGP paramedic, Lynn Sutherland, who shaved her head earlier this month to raise awareness of men’s health, says: “Sometimes guys think it’s not right, or it’s not ‘manly’ to get stressed.

“When guys come to see me at our private health practice in Edinburgh, they break down crying and they feel the need to apologise.

“What have you got to apologise for? You’re in pain, you’re anxious, you’re worried, you’re scared – of course you’re going to cry.”

Everyone can feel stressed at some point in their lives, but stress can often contribute to mental health problems such as anxiety and depression.

One in eight men are diagnosed with a mental health disorder at any one time, and it’s believed that a quarter of us (men and women) will suffer from a mental illness.

Dr Sarah Kennedy, an experienced psychiatrist at YourGP, explains why there has been an apparent increase in mental health problems in recent years.

She says: “Many psychiatrists argue that there has, in fact, been no real increase.

“It may be that mental illness is being recognised as such by sufferers, GPs and by those close to an individual, so presentation of mental illness has improved rather than there being a true increase.

“Others believe there has been an increase in mental illness due to lifestyle changes; increased use of alcohol or drugs, social isolation and unemployment, the deterioration of communities, and online existences.

“In my experience, I see all of these theories factoring into individual cases.

“I’m just pleased that mental health is finally being talked about, and hope that the gradual destigmatisation of mental health disorder reflects its increased profile in the media and in the general public awareness.”

Depression is a very treatable illness

If you are feeling down or are worried that you may be suffering from mental health problems, Dr Kennedy has some simple advice.

“Speak to someone,” she says. “The first step is often the most difficult and frightening, but there is so much help out there.

“Find someone you can trust – your GP, a friend or relative, or Samaritans.

“Depression is a very treatable illness; the quicker you access help, the sooner your illness can be treated.”

If you want to find out more about mental health, or if you have any questions for Dr Kennedy, leave a comment below or get in touch on Facebook, Twitter or LinkedIn.

To help us get the message out there and raise awareness of men’s health, share this blog post using the share buttons below, and remember to donate to Lynn’s Movember page.