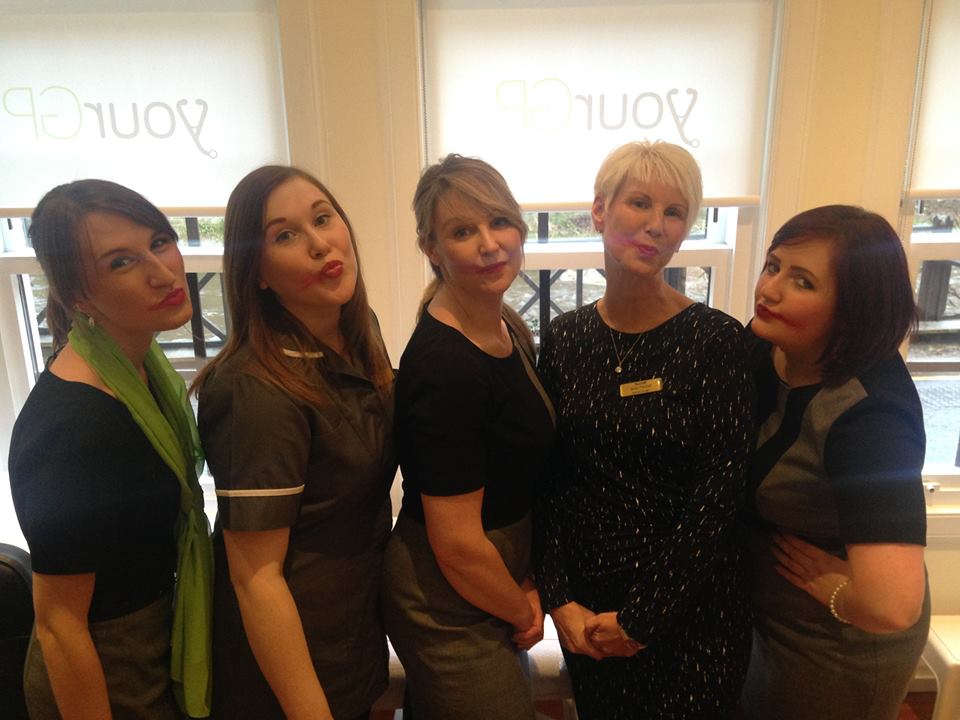 Every day in the UK, eight women are diagnosed with cervical cancer and three women lose their lives to the disease. But the good news is that cervical cancer is preventable.

Cervical screening, or the smear test as it’s more commonly known, detects pre-cancerous cells that could lead to cervical cancer.

However, according to a new report by Jo’s Cervical Cancer Trust, the number of young women diagnosed with cervical cancer has risen by up to five per cent in just one year.

According to the charity, this increase is down to the number of young women not attending cervical screenings.

This is just one of the reasons why we’re supporting #SmearForSmear, the new social media awareness campaign by Jo’s Cervical Cancer Trust.

The charity is asking people to take a lipstick smear selfie and nominate their friends to do the same in order to raise awareness of the importance of early cervical cancer detection.

As you can see from our pictures, our staff at YourGP are certainly doing their bit.

But that’s not all we’re doing to help prevent and raise awareness of cervical cancer.

At YourGP, cervical screenings are part of the Well Woman check, which also includes breast examination, vaginal and pelvic examination, and menopausal support.

Having your cervical screening should only take a matter of minutes, with your dignity and any concerns being respected at all times.

Importantly, the Well Woman check not only offers peace of mind, it can also catch any problems before they develop allowing you to take the necessary preventative steps.

As well as providing cervical screening as part of the Well Woman check, we also offer the GARDASIL® Human Papillomavirus Vaccine, which is proven protection against the human papillomavirus (HPV) – the virus that causes cervical cancer.

Vaccination is vital, as over 80% of sexually active women will become infected with the virus in their lifetime.

Unlike cervical screenings, GARDASIL® is suitable for females (and males) from nine to 26-years-old, although it is not suitable for women who are pregnant.

To enquire about cervical screening or the GARDASIL® vaccination, call our reception team on 0131 225 5656 or email us at reception@your.gp.

You can also get in touch on Facebook, Twitter, or LinkedIn, where we share lots of tips, advice and information, as well as our #SmearForSmear selfies.

Get involved in the #SmearForSmear campaign by sharing your pictures online and following Jo’s Cervical Cancer Trust on Facebook, Twitter and LinkedIn.

Your customer care which is extremely friendly, relaxed and professional has made all my visits easy and comfortable. Many thanks to Lyndsey and Lyn for your care and understanding in what for me was a difficult time.