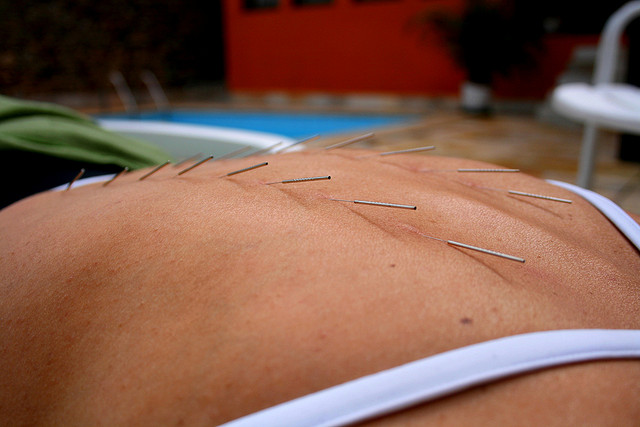 In our previous blog post, we introduced you to Matt Bulkeley, our newest GP who focuses on acupuncture and joint injection.

Acupuncture, which can be used for a range of health problems, including back pain, headaches and migraines, is a traditional Chinese treatment. However, at YourGP private health practice, Matt will be specialising in western medical acupuncture, a therapeutic adaptation of the traditional treatment.

So what’s the difference between the two versions of acupuncture? And which is more effective?

What’s the difference between western and traditional Chinese acupuncture?

Traditional Chinese acupuncture is based on the belief that it can restore the flow of Qi, an energy that flows through your body, while western medical acupuncture is evidence- based and is only administered after a full diagnosis.

Matt explains: “The difference between western and eastern acupuncture is clearly marked. The western model uses anatomy, physiology and current medical models, while eastern is philosophy based – much more about yin, yang and Qi.”

Yin and yang and Qi are two concepts fundamental to Chinese medicine. Qi (pronounced chi) is usually translated as vital energy, which is thought to circulate through channels connected to body organs and functions.

Matt continues: “Eastern acupuncture often looks at the tongue [in Chinese medicine, the tongue is seen to reflect the degree of health or imbalance of the body] and shape of your ears for clues to diagnosis, whereas I’m more traditional.

“So if you see me, your Qi will remain where you left it – but hopefully your pain will go.”

Acupuncture is widely considered a safe treatment when conducted by a qualified practitioner, and serious complications, such as infections or damage to tissue, are extremely rare.

The National Institute for Health and Care Excellence (NICE) also now recognises that acupuncture works and has an evidence base, and recommends it for migraine, tension headaches and lower back pain.

According to Matt, it’s also useful for muscle spasms and relieving tightness, so it can be beneficial for people who have ‘put their back out’ or those with tennis or golfers’ elbow.

“A lot of the points are similar but one of the main differences is western acupuncture is much safer,” he says.

“In eastern medicine, a practitioner may needle over the chest for chest pain, but I wouldn’t do that, as it’s far too risky for a collapsed lung or needling the heart.”

If you want to speak to Matt about acupuncture or arrange an appointment with him, use our online booking form, email our reception team at reception@your.gp or call us on 0131 225 5656.

And if you want to find out more about the differences between western and traditional acupuncture, leave a comment below, or get in touch on Facebook, Twitter or LinkedIn.

Image courtesy of Boemski under CC BY 2.0

Received injections from Lynn at the surgery. Hadn’t had an injection in 12 years, so was terrified walking through the front door at first. My mind was put at ease instantly. Very nice people, was given lots of great advice, and the injections were a piece of cake. Couldn’t be happier. Recommended!